A downloadable game for Windows, macOS, and Linux

"...A world is supported by four things...the learning of the wise, the justice of the great, the prayers of the righteous and the valor of the brave. But all of these are as nothing without a ruler who knows the art of ruling."

When your brother, the King, is killed in an ongoing war with the neighboring country of Tawar, you are named next in line for the throne.

No one said wearing a crown would be easy, however. It will take all of your charm, cunning, and strength as a ruler to keep it.

There is also the small matter of your suitors...

... An elegant former tutor who seems a little too determined to hold you at arms length, a tempestuous lord whose bid for your hand could decide the fate of the kingdom, and even a surprisingly witty ambassador from the very country you are at war with...

Settle the conflict in your kingdom and decide who - if anyone - will be at your side when it ends.

Set in the medieval fantasy setting of Sinado, Queen's Crown, is a visual novel otome game influenced heavily by Bioware titles such as Dragon Age, Baldur's Gate, and Planescape: Torment. Political intrigue and danger abound, even as you woo one of the three eligible suitors.

Note: only the demo is playable at the moment. Full Game to be released tentatively around March, 2018! Look for it here and on Steam!

Note: While not a very graphic-heavy game, some testers have reported lag on older laptops and computers, especially while other programs are running simultaneously. 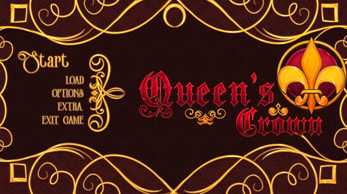 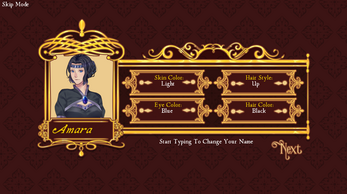 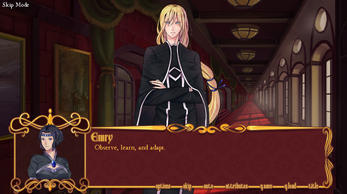 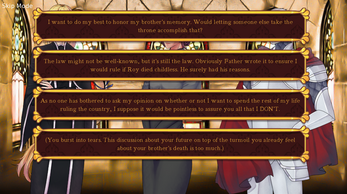 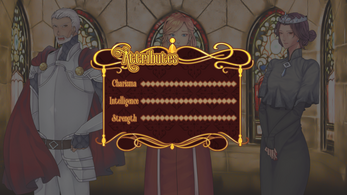